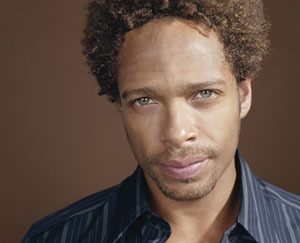 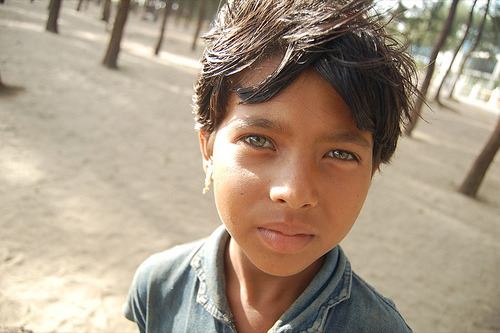 Also, there’s this famous picture of an Afghan girl named Sharbat Gula from a 1985 cover of National Geographic: 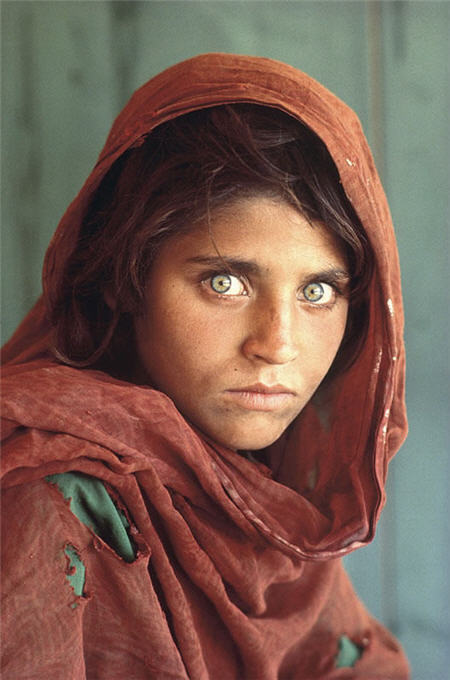 Clearly, dark skin and light eyes can go together.

But could Katniss be a woman of color or of mixed race?

Katniss comes from District 12, which roughly corresponds to the coal country of Kentucky, Tennessee and West Virginia.

Ever hear of the Melungeon?

They’re a group of people of mixed race in the Cumberland Gap area—which is East Tennessee, Southwest Virginia and Western Kentucky. Traditionally they were viewed as mixtures of white, black and Native American; recent DNA evidence suggests that they’re primarily biracial. There are a lot of similar groups, too.

You can take a look at photos of Melungeon people here. There’s a huge range in appearance. Some are look like dark-skinned blacks; others, like light-skinned ones. Some look Latino or Italian. Some have dark skin but light eyes. Some look white.

And the variations can occur within a single family. Take a look at four generations of the Ramey family of Tennessee.

It looks like Katniss—with her dark hair, olive skin and light eyes—could be biracial or triracial. The possibility, at least, exists.