because Jake had no reason to believe it was just a piece of red glass.

me: *chopping vegetables in my pristine suburban kitchen with 8 burners and marble countertops for my organic holistic dinner which i am cooking*
child: mommy?
me: what is it sweetie?
child: what is “homestuck”?
me: *hands freeze, the knife halfway through a raw carrot. my hands begin to shake, and i have to fight to keep a hold of the utensil. blood rushes in my ears, a cold sweat breaks out on my forehead* wh-where… did you learn that word..?

reblog if it’s still 2012 where you live

what if i photoshopped a bloodborne character into a fashion post 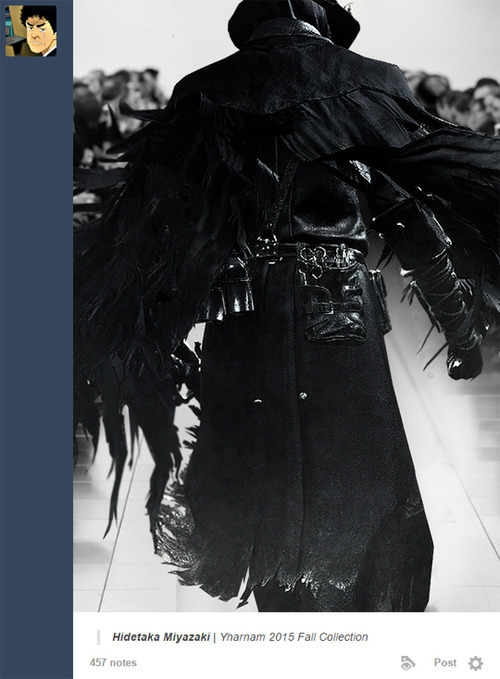 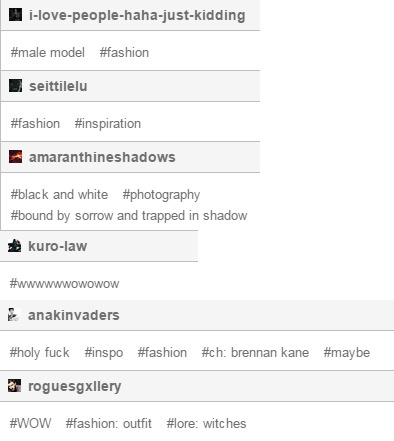 No one can tell the difference between a Bloodborne character and a fashion model. Incredible.

Ok so we all know that the answer to “Where did Captain America learn to
steal a car?” is “Nazi Germany” but I think the more pressing question
here is when the fuck did this complete maniac get a driver’s license

Because ok, Mighty Mouse 1.0 is too poor to own a car, too short to
reach the pedals, has vision problems, and is a goddamn New Yorker in the motherfucking 1930s, why on earth would he ever have learned to drive?

So this little bastard can’t even tell the gas from the brakes, he gets
all beefified, he goes on tour with the USO. Unless one of the showgirls
coached him through stalling out a car all over some Hollywood back
lot, he still can’t drive. He goes to Europe. At some point, some genius
looks at him and thinks “this strapping specimen of American hunkhood
obviously knows his way around a vehicle, let’s give him a motorcycle,”
and Steve “no parachute” Rogers is like “how hard could this be?” and
promptly wraps himself around approximately eight trees at the same time.

So then he’s kickin’ ass, fightin’ Hydra, and it’s just months of Bucky being like
“give me the goddamn keys, Steven,” and Dum Dum and Morita endlessly
encouraging his fucking insane Fury Road bullshit, like the Howling Commandos just use “grenade” as code for “Rogers” when they’re reporting
why yet another truck has been destroyed beyond recognition. Yes, sir, another grenade, I agree, sir, it’s very odd that we keep losing vehicles in the same way, that’s the third this month alone

So then he’s in the future and SHIELD is sorting his shit out, and
they’re not going to force Captain goddamn America to wait in line at
the DMV, they’re all in complete awe in him and they’ve seen the old
reels of him on his bike, so when they issue him his driver’s license without any type of road test
they go ahead and give him a motorcycle license too

Ok so then Bucky is back, shit is settled down, everyone’s heading
somewhere and Steve gets in the driver’s seat and Buck’s like WHOA WHOA
WHOA are you people out of your goddamn minds?! Why is Steve driving, is
this some kind of mission, are we heading into a combat zone, is the
plan for the vehicle to get blown up?? GIVE ME THE GODDAMN KEYS STEVEN

And Sam is all “what are you talking about, Steve’s a great driver, I saw him jump his bike over a car once”

And Buck is all “yes but have you seen him use a turn signal?”

And Steve’s like, “Listen, we never needed to ‘signal’ our ‘turns’ in Nazi Germany.”

And after that Bucky always drives.

most infantrymen didn’t receive any instruction in vehicle use, but during ww2 they shipped about half a million jeeps overseas. most of them got used by logistics units and a lot got shipped to russia, but there were still so dang many of them that they would hand them to just about anyone who could have an excuse to use one.

gotta run a message? here’s a jeep. running gear up the line? take a jeep. got a 24 hour pass? just bring this jeep back safe, will you? you’re a cartoonist? here’s your own jeep. they handed them out like candy to everyone.

it wasn’t unreasonable on the face of it because the us was a car culture basically from the minute the car was invented, so most rural kids knew how to drive already. but tons of them didn’t, and at some point they’d almost certainly end up behind the wheel of a jeep.

as a result, accidents were hilariously common.

they pretty much assumed everyone knew how to drive based on the exact same logic used in this post. it was only after the war that somebody sat down and was like, yo, maybe we should make sure these kids know what a car is before we let them drive them.

I ACCIDENTALLY A HISTORY