Here’s your everyday casual reminder that the original Steven Universe is dead and we’re all watching everything that happens in an alternate timeline.

I’ve only been in the Steven Universe fandom for a few months now but I haven’t seen anyone talk about this.

The episode starts off with Steven getting the hourglass and going back in time:

There he styles his hair:

Which is really important; this way we know that he is Steven, our Steven.

So chaos ensues and he eventually goes back to stop his past-self from getting the hourglass:

Which causes him to go mad with power:

And then he dies.

And then he dies:

The Steven that we’ve watched for twenty-two episodes at this point dies, scarring his past-self who now lives in an alternate timeline where he never used the hourglass to go back in time.

Granted, we’re still watching Steven. But he’s slightly different than the original Steven that we’ve watched for twenty-two episodes. That Steven completely sacrifices himself and dies a horrific death on-screen and nobody seems to want to talk about it!?

Steven says it himself, when he’s singing at the end of the episode:

“I accidentally created an alternate timeline.”

The original Steven Universe is dead and everything that we’re watching now is on an alternate timeline.

A Homestuck here. We’ve dealt with figuring out this kind of time nonsense for years.

The alternate timeline was created was when a Steven from the future didn’t appear. At that moment, the timeline was a Doomed timeline, but one that would affect the Alpha timeline.

So, he is effectively the Davesprite of Steven Universe.

so a few days ago i sat down for dinner and my mom handed me the camera with a strange look on her face. all she said was “you need to see this” and i was like ?? okay 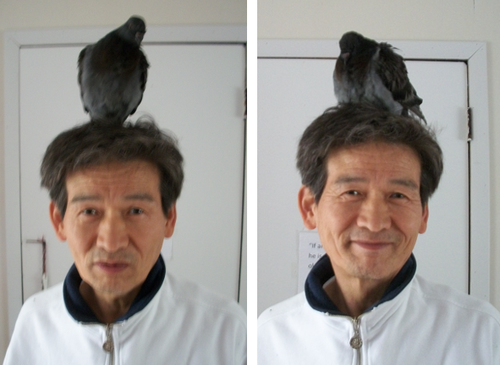 that is my dad with a pigeon on his head.

SO OF COURSE MY REACTION WAS JUST “WHAT?! HOW??? HOW” and APPARENTLY when my dad was outside gardening, he saw it land on the roof of our house. and then it just. flew down. and landed on his head

BUT NOW IT WON’T LEAVE 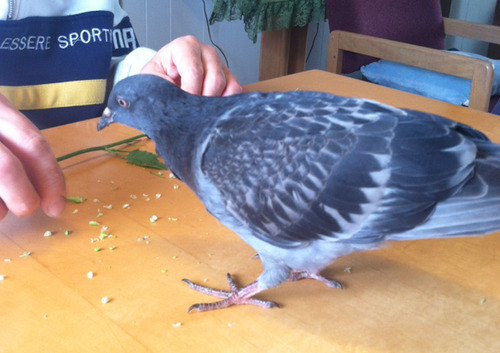 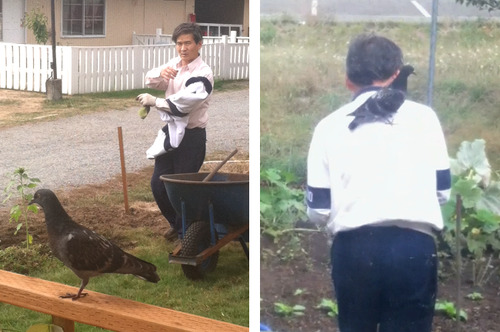 what the fuck that’s adorable